A business born out of the twelve-hour Caerphilly Hackathon we ran back in June has been awarded £100k to turn its pitch into a prototype.

SWAPP is a Community Interest Company designed to bridge the gap between community and business by creating a time and skill sharing app that encourages collaboration. It will essentially allow users to bank good-will, such as providing a service or support and then allow them to exchange that credit for something that they need from a fellow user. 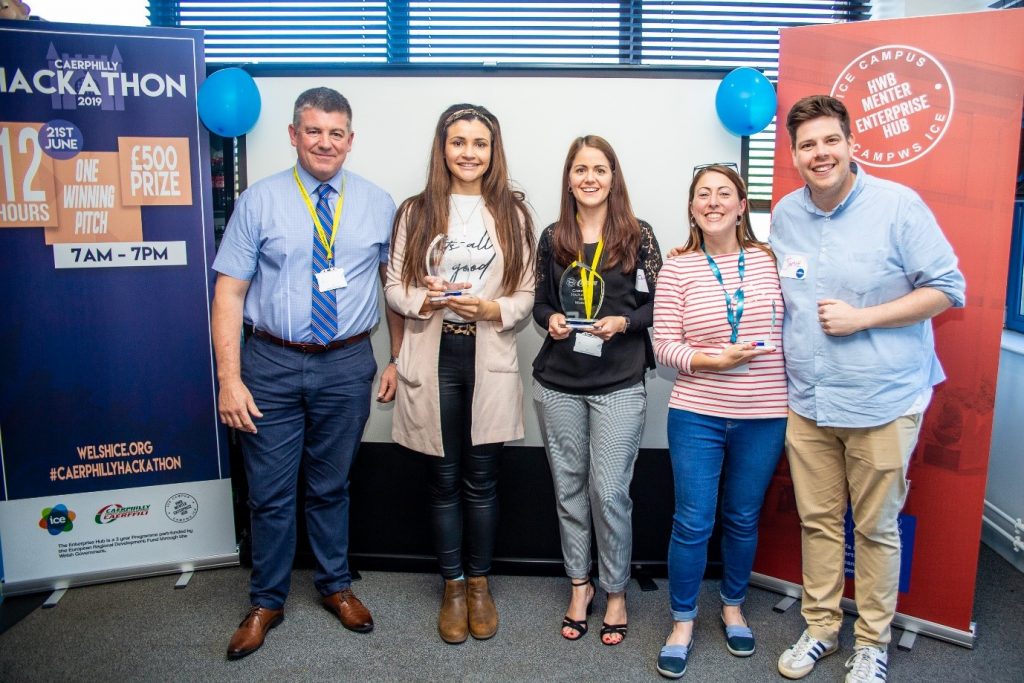 The concept was created during our Hackathon, where the SWAPP team of Francesca Irving (Lunax Digital), Alexis Charkiw (The Lex Approach), Adam Sadler and Claire Vokes had eleven hours to solve a problem and then sell it to a panel of judges. The event was held in partnership with Caerphilly County Borough Council (CCBC).

The goal of the event was to find solutions to foundational economy challenges, and five teams of four were given twelve hours to research and identify a genuine problem or issue in the foundational economy in Wales, and then create a project, product or service that would solve it.

Following the final pitch in front of a panel of judges, SWAPP were named the winners and awarded £500 as well as support from CCBC to pitch their idea to the Welsh Government’s Foundational Economy Challenge Fund (FECF).

After the event, the team submitted a formal application to the FECF and a few weeks later were delighted to learn they had been awarded £100,000 to make the app a reality. 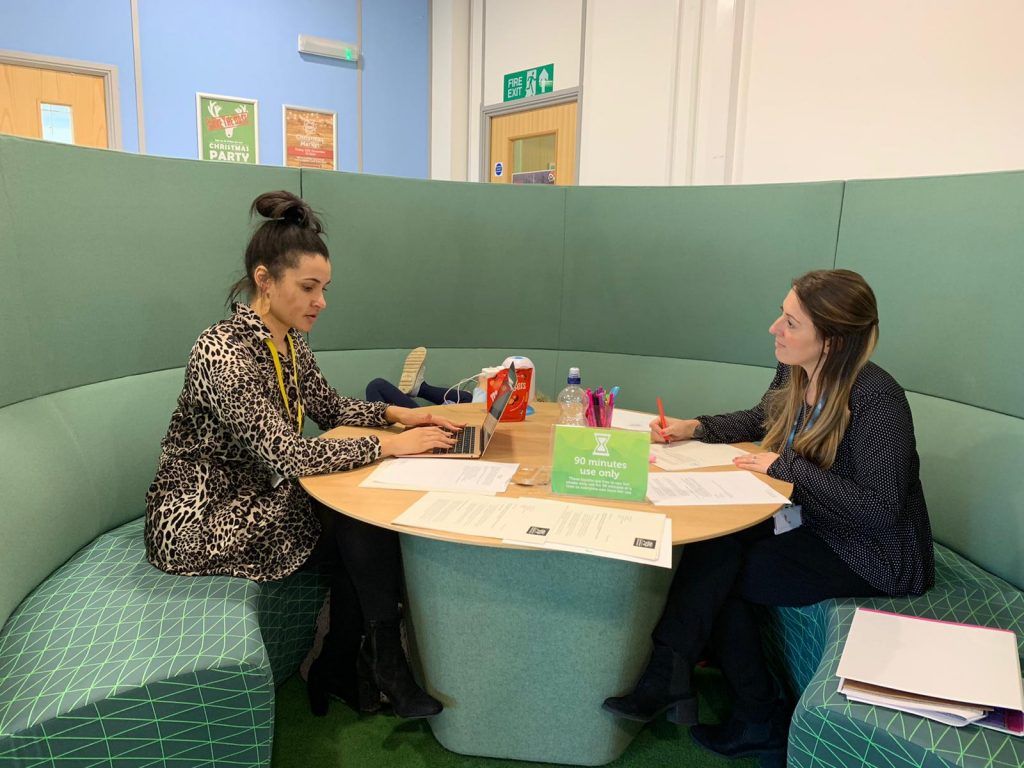 Francesca Irving, one of the founders of SWAPP, said they were over-the-moon to be able to take the project forward:

“Following what was a hugely rewarding, but tough hackathon event, Caerphilly Council worked with us to submit a formal application. We knew we had a good idea, but for other people to recognise its potential was really encouraging, so we spent several days, and nights, working on the pitch and fleshing out what we had developed at ICE.

“We were delighted to find out we had been awarded the funds. It still feels a little surreal – if it wasn’t for the hackathon event, the idea of SWAPP wouldn’t have existed, let alone receive £100k and be on its way to prototype. It’s been a whirlwind few months, but we are excited to develop what we hope will be a tool that allows communities and local businesses to thrive.”

The SWAPP team will now use the funding to develop the software, conduct further market research and secure Intellectual Property rights.

Deputy Leader and Cabinet Member for Regeneration at Caerphilly County Borough Council, Cllr Sean Morgan said the funding shows what can be achieved when collaboration and ingenuity is fostered:

“It’s fantastic to see such innovation and entrepreneurial spirit here within the Caerphilly county borough and I would like to congratulate all the successful schemes that took part in the event. I look forward to seeing the benefits of these award-winning ideas come to fruition in the future”

Following the success of the Hackathon, we’re planning to hold another event this year. 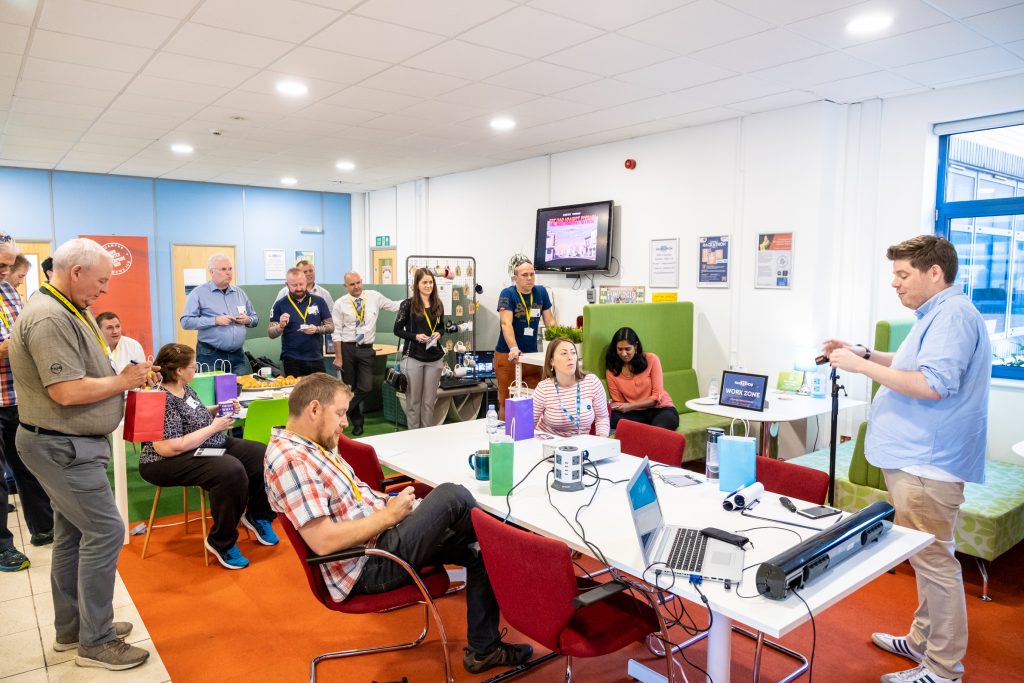 “After the Caerphilly hackathon, we set the participants a challenge, to realise what they could accomplish in such a short space of time and go out and do it again. Fran, Alexis and the team have done that and we at ICE are very proud of them.

“The hackathon was already a huge success, but the news of this funding is the icing on the cake. It’s the very reason we worked with the Council to host it, so to see the team get the highest level of funding is a ringing endorsement of the quality of ideas we have here at ICE.”

Gareth named Runner Up Champion Entrepreneur of the Year at EWA

Welsh ICE
Read more : From boardrooms to birch trees – How our community is supporting our greenspaces
News

Welsh ICE
Read more : Welsh ICE to represent Wales as FINALIST at Great British Entrepreneur Awards
View all Posts
We use cookies on our website to give you the most relevant experience by remembering your preferences and repeat visits. By clicking “Accept All”, you consent to the use of ALL the cookies. However, you may visit "Cookie Settings" to provide a controlled consent.
Cookie SettingsAccept All
Manage consent