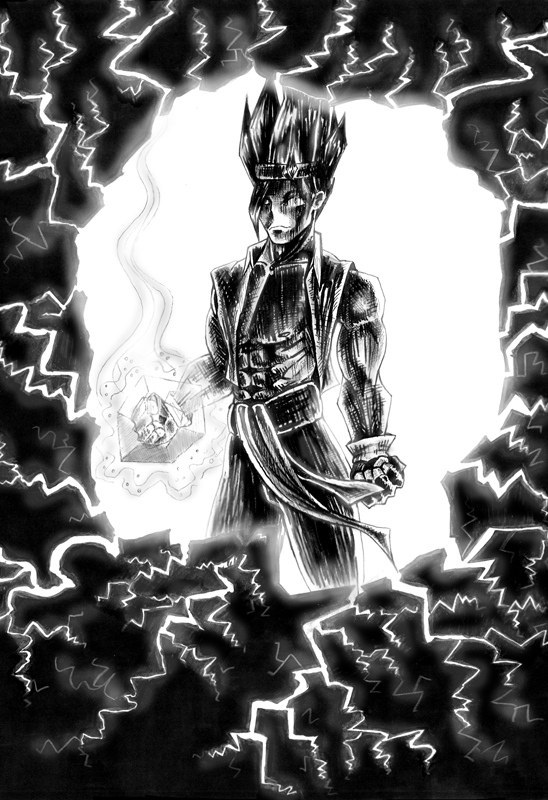 That’s right, Age of Revolution’s Takeo will be chilling with the likes of Captain America, Batman and Buffy the Vampire Slayer! Definitely a team-up we’d like to see!

Age of Revolution is a monthly comic book series from Cosmic Anvil duo Huw Williams and Hannah Collins which wastes no time in throwing you straight into the action into the middle of a world at war. The story focuses on a team of five talented individuals who have been brought together to resolve the conflict revolving around the forces of science and magic in a quest for truth.

“We are very happy. It took us some time to get through the application process so it’s great that ComiXology has accepted us and has shown that our hard work has paid off. Nice to see a big organisation such as them recognising our comic on a global level.”

ComiXology is a cloud based digital comics platform which offers a selection of over 50,000 comics and graphic novels across IOS, Kindle, Android and online. It was bought by Amazon in April last year and is consistently listed in the top grossing apps each year.

You can buy the first issue of Age of Revolution on Comixology here.

Welsh ICE
Read more : Cosmic Anvil Listed on ComiXology
View all Posts
We use cookies on our website to give you the most relevant experience by remembering your preferences and repeat visits. By clicking “Accept All”, you consent to the use of ALL the cookies. However, you may visit "Cookie Settings" to provide a controlled consent.
Cookie SettingsAccept All
Manage consent