Campus Director Jamie McGowan has been named the Great British Entrepreneurs’ Champion of the Year for Wales and South West!

This win comes on the heels of a great week for Welsh ICE as it was recently announced that we have been chosen to deliver one of four new regional enterprise hubs, with the Campus supporting the South East Wales Valleys region. 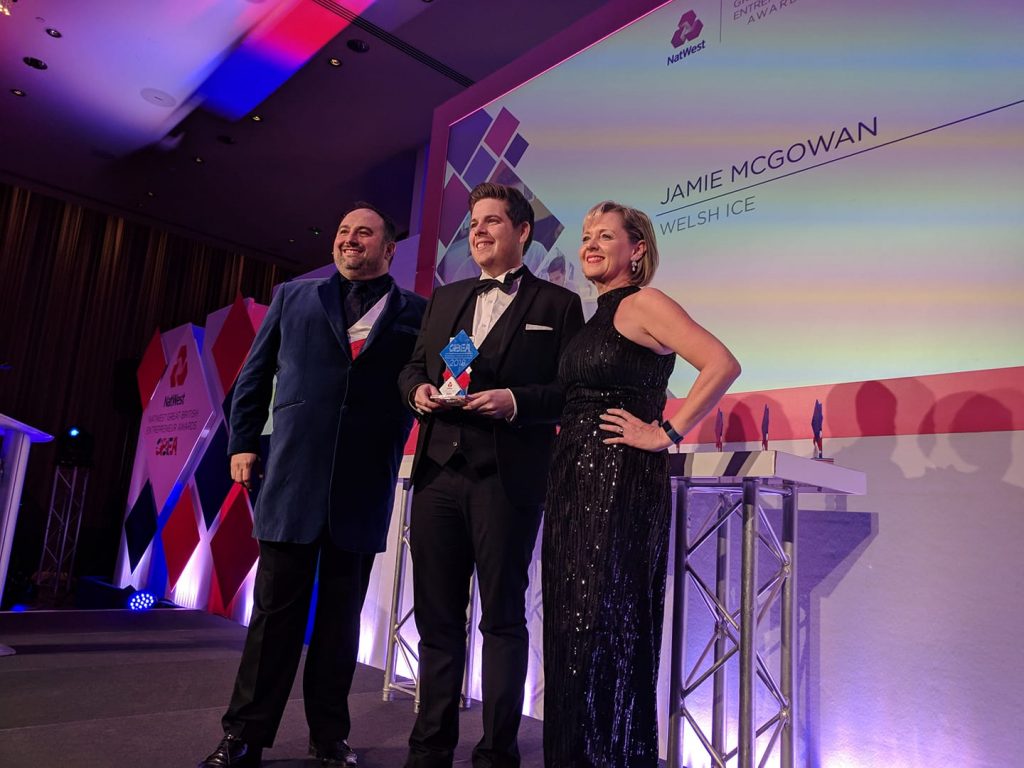 On winning the award, Jamie said:

“I’m absolutely thrilled and a bit shocked to win this award. You can’t be an entrepreneur champion without any entrepreneurs, so this one is dedicated to all the people who I’ve met over the years who have sacrificed good, steady jobs to chase the dream of being your own boss.”

“2018 has been a record year for the Great British Entrepreneur Awards in the number of entries we received. But the quality of applications has been above and beyond what we’ve seen in previous years.

“Just getting to the gala final as a finalist is a huge achievement given the competition on show, so to walk away with a trophy in your hand deserves huge congratulations.”

The Entrepreneurs Champion of the Year award has previously been won by ICE Founder Gareth Jones in 2015. You can see all winners here.

Welsh ICE
Read more : Launch of Coworking Collective
View all Posts
We use cookies on our website to give you the most relevant experience by remembering your preferences and repeat visits. By clicking “Accept All”, you consent to the use of ALL the cookies. However, you may visit "Cookie Settings" to provide a controlled consent.
Cookie SettingsAccept All
Manage consent