The health technology experts at Nudjed have appointed a board of advisers to help their expansion plans in 2015. 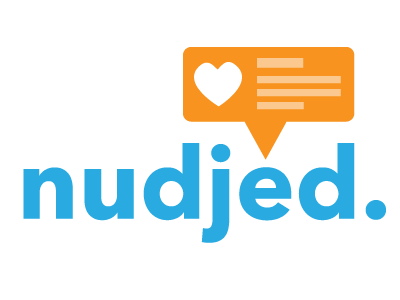 ICE members Nudjed will be joined in an advisory capacity by four veteran business leaders who between them have generated combined revenues of £1bn and have over 100 years of business experience.

The advisers include Ashley Cooper, founder of TES group, Paul Watkins, who has held leadership positions at IBM and gaming company Corsair, Mark Hindmarsh, a digital advertising specialist and David Ward Walton, a former Saatchi & Saatchi board member and mentor with the Welsh Government.

Nudged was co-founded by designer Warren Fauvel and biologist Neil Atherton in 2013. They were recently the first to secure £125,000 through Finance Wales as part of the Welsh Government’s Wales Technology Seed Fund and this year will be partnering up with Superdrug to deliver training to their pharmacy staff to give health advice to it’s customers. The scheme is being trialed across six stores in Wales (including Cardiff and Caerphilly) and if successful will result in further expansion throughout the year.

Regarding their new advisers, co-founder and chief executive Warren Fauvel said: “As a start-up, accessing the ‘been there, done that” advice that these advisers offer is integral to our continued growth”

Commenting on why he believes Nudjed will succeed, David Ward Walton said: “Nudjed ticks all the boxes, and they’ve developed a great product that perfectly meets a pressing market need.”

Welsh ICE
Read more : Nudjed Appoints New Board of Advisers
View all Posts
We use cookies on our website to give you the most relevant experience by remembering your preferences and repeat visits. By clicking “Accept All”, you consent to the use of ALL the cookies. However, you may visit "Cookie Settings" to provide a controlled consent.
Cookie SettingsAccept All
Manage consent