New at Welsh ICE? Here’s a handy guide from ICE member Simon Collins from Paperclip Public & Media Relations who shares his experience of starting a business and joining our coworking community.

Firstly, if you are wondering if this guide is going to gush about Welsh ICE. Yes, yes it is. I joined ICE after the company where I was working (and only seven months into the job) were having to wind things down, and suggested I give freelance a try. They said they really wanted to continue working with me, but would only really be able to do so on an associate basis, as the business was slowing down, with directors retiring and others moving on.

So, having worked for a couple of years as a broadcast journalist at the grassiest of the grassroots community radio stations; I recalled having interviewed an enthusiastic gentleman with a plan to open a space in Caerphilly that would support aspiring young entrepreneurs. So, having zero business experience I dropped a Mr Gareth Jones a line about what support, guidance and advice this ‘ICE’ had to offer.

Flash forward five years, and I am still in love with ICE – the community, the ethos, the people (apart from that Rachel – she’s a right wrong’un) and of course – Huw… sweet Huw.

However, when I first started my journey at ICE I had no experience of how a business operated. Like, at all. My previous jobs were a Lab assistant in the Haematology Dept of a hospital, a shelf stacker at Somerfield and king of the DVDs at Woolworths (two businesses that are now defunct… not related to my leaving them). I also worked as a dinner lady during my lunch hour when I was in sixth-form at school, making sure the younger kids didn’t try to do something outrageous like take their cheeseburger or pizza slice outside the dining hall.

Like many new ICE members reading this, it was very daunting sitting around other people who, quite frankly, seemed to have their shit together. Someone once said to me ‘fake it till you make it’ which I can assure you, is a terrible, terrible piece of advice.The truth is, people are, well, people. All the anxieties, awkwardness, questions and ‘I should know this but at this point, I am too afraid to ask’ feelings every single person sat around you is either feeling or has felt themselves.

So, after being relentlessly badgered by Rachel (ie asked once) to put together a guest blog, I thought it might be worth sharing some of the things I learnt after first being handed a bottle of Calon water by Gareth, followed by the most daunting of questions… “so what is it you want to do?”.

One thing I’m sure you have heard is the inevitable successes of other members. Someone sat on the table opposite you may be talking about how excited they are by a big win they just had, or how they are just so busy they can’t cope. Meanwhile, you are again going over what font your email signature should be, because after all, is it Comic Sans or Garamond!? This decision is crucial, I mean, if you sign off an email with the wrong thing, you could cast your one and only chance of making a sale into the bottomless pit of incorrect etiquette and you’ll have to get a job mucking out stables for threepence a week!

It can start to feel very tough when that happens, and you begin to think – it may never happen for me. I can promise you that those very people celebrating have felt what you are currently feeling. It was once them agonising over ‘Kind regards’ or ‘Many thanks’ whilst others appeared to be kicking on.

Stay the course, be confident in your plan and if in doubt follow the next step…

Reach out – No man is an island

ICE is a community. That is what separates it from being just a coworking space. It’s not somewhere you simply pop into, work for five hours and then leave. It has events, workshops, banal lunch discussions about if gorillas are harder than polar bears (no consensus met), but most importantly, it has support structures.

When I first started, Steve Morgan reached out to me. This guy, who has been an ICE stalwart for a number of years took time out of his (seriously) busy day to have a cup of coffee with me and talk me through how things generally work at ICE. It was a gesture that I find difficult to put into words and (though I would never tell him…) opened the entire campus up to me. Walk into the cafeteria at lunchtime but don’t know anyone? That’s fine, you can sit by Steve. See a conversation happening by the coffee, but not confident about joining in? That’s cool, Steve’s there and he will introduce you.

If you are not a super confident person (who is really?) find your Steve. Now for many of you, it probably actually IS Steve – as he’s had a hand in helping just about everyone on Campus. But if you have a question, about ANYTHING just reach out and ask someone. Jamie, Rachel, Llinos, Lesley, Huw, Pauline or me! And make use of one of the BEST resources on the internet – the ICE members Facebook group. Short of the meaning of life itself, if you have a question – someone on there will have the answer.

Get involved and help others

As previously mentioned, ICE is all about community. One of the best ways to get yourself ahead is to get involved with it! One of the benefits of a coworking community is that it fosters natural referrals. Someone will be working with a client and hear “Hey, I need a graphic designer, do you know anyone?”. That’s when you can recommend Emily Hicks or Simone Williams or the Weird Triangle crew or any of the other creatives at ICE.

This happens all the time, but someone can only recommend you if they know you! That’s why it’s important, if you can, to get involved in the workshops, the activities and the social events. It’s also why helping your fellow members out will lead to them saying good things about you, and that’s how you grow your network!

Don’t be afraid to fail

If you chat with Jamie or Lesley, they will tell you one of the biggest lessons they learned from their trip to Boston’s MIT last year was that failure is a right of passage. Just about every successful startup they spoke with had failed at some point. There just wasn’t the stigma that there is in this country. In fact, if you hadn’t failed, there was the concern that you hadn’t ever really been tested!

So don’t be afraid to try and fail. Learn from your mistakes and try again! However, in saying that…

Stick to one idea

This one might cause a bit of controversy, but something I noticed a lot from new members when I first joined ICE, was that they jumped from business idea to business idea, never really making a lasting go of anything.

When you join ICE, especially if like me, this is your first time in anything close to this kind of environment, you can easily get swept away in the romance of creativity. People are doing things. They are trying things and they are excited to share them with you. The number of brilliant ideas that have been dreamt up during a Colab coffee or a lunch chat (apart from if a Kilt is technically a skirt or not… we decided it is…) are immeasurable and it can be easy to jump from one thing to the next.

However, every business at ICE that has stayed the course and grown has, in general, stuck to its enterprise. That’s not to say people don’t adapt or change. But they make that initial idea work before moving on. It’s better to do one thing very well than three things poorly. So be open to other ideas, and embrace the creativity – but once you find something you know can work – stick with it.

Find ‘you in five years’

This might be a bit more relevant to service-led businesses, but one of the most beneficial things you can do when you start out is to try and find someone who does what you do – but has been doing it, and doing it well, for a number of years.

A few months into working as a freelancer at ICE I was introduced to another off-Campus PR agency which had one member of staff, but was looking for a freelancer to help out. I benefited them by doing some great work for a lot cheaper than if they brought someone in who had much more experience.

As well as the cash, I benefited massively, as I got to see how someone who has been doing this a lot longer than me, did things. You can then take the stuff that you think works well, and leave the stuff you think you can do much better. It’s essentially a paid internship into your industry AND the general running of a business. You’ll learn things you just couldn’t learn otherwise, and that can be invaluable.

Perhaps THE most important bit of advice that could be bestowed on a new ICE member. More important than your business plan, your business card or who, what and why is a Xero, is immortalised below.

As the great baba ganoush and Campus Director Jamie McGowan once put it – “wash your f****g cups and mugs!”

About: Simon Collins heads up Paperclip Public & Media Relations. They use their media contacts and years of experience to make sure clients are projecting the right messages to the right people. 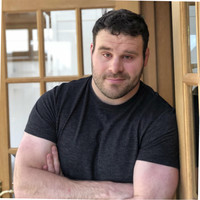 Welsh ICE
Read more : The ‘new at ICE’ guide…
View all Posts
We use cookies on our website to give you the most relevant experience by remembering your preferences and repeat visits. By clicking “Accept All”, you consent to the use of ALL the cookies. However, you may visit "Cookie Settings" to provide a controlled consent.
Cookie SettingsAccept All
Manage consent