Welsh ICE member and former Royal Marine Lewis Stallard (35) from Caerphilly recently returned from successfully completing ultra-marathon, the Marathon Des Sables placing 89th out of 1490 and raising money for the Matt Hampson Foundation in the process.

His training leading up to the race included runs of 20 miles or more across the Brecon Beacons and at Wales’ very own desert, the sand dunes at Merthyr Mawr. However, no training could have prepared him for the gruelling heat and relentless terrain that the MdS is so famous for.

What sets the MdS apart from other ultra-marathons is self-sufficiency – with competitors having to carry all their provisions from the moment they start until they complete Day 6 of the race. This includes all their food, cooking implements, water and medical kit. Their camp moves on a daily basis leaving them zero opportunity to store and reclaim belongings at a later date.The terrain is a mixture of shifting sand dunes and rocky mountains, in temperatures reaching 50 degrees centigrade. 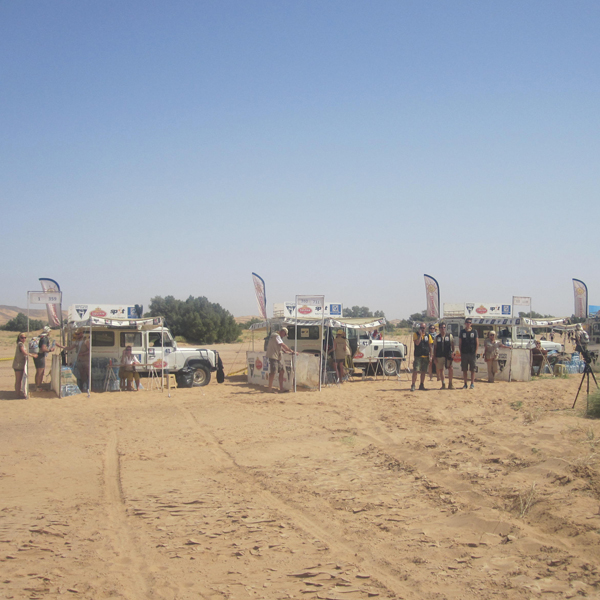 A makeshift tent allows competitors to send one email a day via satellite, as there is unsurprisingly no mobile reception in the Sahara. Here are some excerpts from Lewis’s emails:

“Day 2 of the race days and I’m still going pretty well. Today was an eye opener, 3 vertical ascents of around 800 metres followed by very technical descents. The last was practically a climb in some parts and I was breathing pretty heavily by the time I crossed it. Just in time for another 2km of sand dunes! I managed to make up 4 places from yesterday though so I’m happy. Tomorrow is the dunes day so I will just push it again and see what happens.

Developed 2 blisters on each foot but these are not a problem at the moment. What could be though is the blood collecting behind one of my toes. So I had that lanced today and cleaned with iodine; non emotional of course! A French legionnaire next to me had feet that looked like they had been attacked with a cheese grater.”

“Absolutely horrendous  is the only way I can describe today. The start went off way too quickly and I paid the price for that later on. The dry salt lake at 14km was like an oven and felt hotter than the 45 degrees that was recorded on course yesterday.

Still going to give tomorrow all I have knowing that there is just one marathon to go after this on day 6.”

“Well, that is the long day done. 13 hours, 53 minutes and 36 seconds of pain. Still inside the top 100 which for a 1st ultramarathon and amongst some of the world’s top athletes is not too bad. 1 more marathon leg to give it all I have tomorrow. The heat has been the real killer for me and definitely gives competitive advantage to those who are used to it.

Yesterday was just 91.7 km’s of sand and rock with a couple of mountains thrown in for good measure. At certain points every muscle in my body was screaming at me to stop but I knew I really had a lot of reserves left to power through. Day 3 was scary though as I now realise that I basically had heat stroke.
Not to worry, I feel like I have what it takes to go flat out for the final stage… apparently there is a cold beer waiting for everybody at the end so there is my holy grail”

Day 5 was a rest-day for those competitors that finished on Day 4 – although the majority of competitors continued through the night and some even through Day 5 with an 8pm cut off.

For the first time in 2015 all competitors were given a SPOT Gen3 safety device, which meant friends and family could track their progress online during each stage of the race, and for the organisers ensure the safety of the 1,490 competitors. 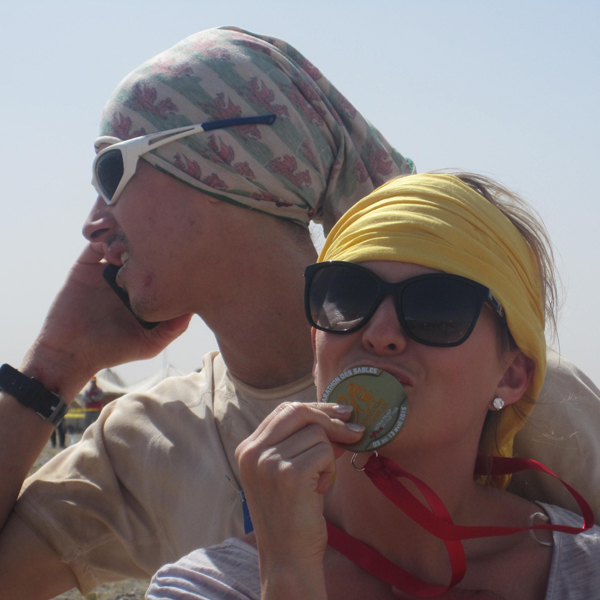 Lewis Stallard completed the 30th Marathon Des Sables in 31hrs, 28minutes and 36 seconds, securing a place of 89, which ranks him as an elite athlete.

Lewis has so far raised over £1,000 for the Matt Hampson foundation, which provides advice, support, relief and treatment for people suffering serious injury or disability through sport-related injuries. To donate visit https://www.justgiving.com/Lewis-Stallard.

Welsh ICE
Read more : ‘Toughest Race on Earth’
View all Posts
We use cookies on our website to give you the most relevant experience by remembering your preferences and repeat visits. By clicking “Accept All”, you consent to the use of ALL the cookies. However, you may visit "Cookie Settings" to provide a controlled consent.
Cookie SettingsAccept All
Manage consent