ICE members Cosmic Anvil hit the MCM Comic Con recently, occupying a table at The Comic Village, rubbing shoulders with comic book artists and writers akin both new and experienced. Generating a lot of interest and sales, the Age of Revolution comic had some awesome feedback from fans and newcomers, especially with lifesize cutout of Takeo Cooper, hero and main protagonist taking centre stage. 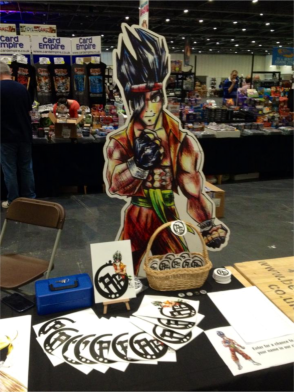 Cosmic Anvil, comprised of Huw Williams – author  and Hannah Collins – Illustrator first came together during their final year at Lancaster University. Huw, a Film Studies student was always eager to combine his love of all things Comic, Anime and Film together and create the majestic world and story of AOR. Once the content was established, the artistic eye of a Fine Art graduate was needed to really bring it to life – that’s where Hannah and her awesome illustrations came in to play. 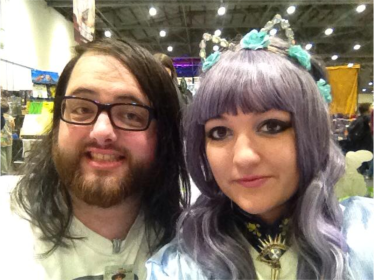 Now, a year on, Cosmic Anvil are still busy nurturing Age of Revolution ready to launch the second issue, fully supported by everyone at ICE. Check them out at the next London Film and Comic Con  11th-13th July, they have loads of comics and cool merch to give you guys! Read more about the Cosmic Anvil story here and check out Hannah’s work here, seriously impressive.

Welsh ICE
Read more : Welcome to the Age of Revolution
View all Posts
We use cookies on our website to give you the most relevant experience by remembering your preferences and repeat visits. By clicking “Accept All”, you consent to the use of ALL the cookies. However, you may visit "Cookie Settings" to provide a controlled consent.
Cookie SettingsAccept All
Manage consent