A Valleys-based startup has become an instant success with its innovative device designed to help cyclists change their tyre quickly and simply.

Tyre Glider is the brainchild of Kevin Baker from Ystrad Mynach, whose newfound interest in triathlons introduced him to the chore of changing a bike tyre – something he initially struggled with.

In the midst of Covid-19 lockdown, with plenty of time to mull over the issue, it was when he opened a tin of tuna that the seed of an idea was planted for a mechanism that would form the basis of his unique product, which is currently making between 30 and 50 sales per day.

It only took a few prototypes for Kevin to develop the device he is now selling through his website, which mimics his electric tin opener in the way it clips into the wheel rim, and thousands of units have already been sent out to customers since the launch in December 2021.

Tyre Glider has become something of a viral sensation with a number of YouTube channels reviewing the product – one video has been viewed over 140,000 times with the tester giving it glowing feedback. Weighing just 23 grams, the handheld device allowed the reviewer to change his tyre in 4 minutes, compared with the 30 he said it usually took him with a conventional lever.

In the week following the video, the website took over 4,000 orders.

Based at coworking and business hub Welsh ICE in Caerphilly, Tyre Glider is now looking to accelerate the growth it has already seen with ambitions to take on staff and partner up with other industry organisations. Kevin has already secured a deal with Rehook, which is now stocking his products on its platform.

Just a few months in, Kevin has also earned himself a place on the shortlists for the Wales cohorts of the National StartUp Awards and the FSB Awards, both in innovation-related categories.

“When I started cycling regularly, the one big issue that I noticed was how difficult it was to change the tyre. I knew that there must be an easier way and, after getting inspiration from my tin opener, I was really surprised to find that there was nothing on the market that used a similar mechanism – three weeks later, I’d started developing my own.

“The reception of the product since it went live has been fantastic. It’s great to see that it’s helping so many others in the same way that it did for me and hopefully I can keep developing and improving it.

“The device is fairly simple, being made locally in Ystrad Mynach and packed up by my mum and sister, so to be sending units out to countries worldwide, gaining online traction and being nominated for awards within months is completely unprecedented. The only way is up for us now and we’re looking forward to using this momentum to reach the next level.”

“Kevin is a testament to the fact that with the right idea, focus and attitude, anyone can turn a concept into a successful business. He spotted an issue that is shared by many in the cycling community and came up with an innovative solution. That’s the essence of entrepreneurship – solving problems.

“Tyre Glider’s growth so far has been incredible and we’re proud of the small role that Welsh ICE has played in its journey. We look forward to seeing what’s next for Kevin and Tyre Glider!” 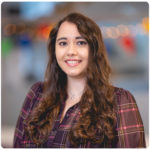 Kickstart your Business Idea with the 5-9 Club!

Welsh ICE
Read more : Welsh ICE members shortlisted at Wales StartUp Awards 2019!
View all Posts
We use cookies on our website to give you the most relevant experience by remembering your preferences and repeat visits. By clicking “Accept All”, you consent to the use of ALL the cookies. However, you may visit "Cookie Settings" to provide a controlled consent.
Cookie SettingsAccept All
Manage consent